Feast of Our Lady of Mt Carmel, Anniversary of the 1948 Cross Carrying Pilgrimage 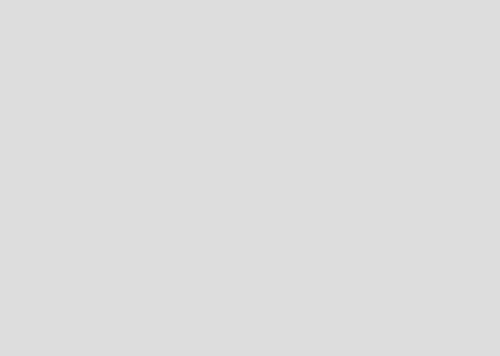 Today, Thursday 16th July 2020, the Feast of Our Lady of Mount Carmel, is the 72nd anniversary of the Cross Carrying Pilgrimage of Prayer and Penance for Peace when the 14 crosses that form the Stations of the Cross arrived in the Slipper Chapel Meadow.

What follows is an account of the 50th Anniversary of the 1948 Pilgrimage when the oak crosses were carried to Walsingham by groups of ex-servicemen from 14 places around Britain. The Pilgrims left their various churches on the morning of the 3rd July and arrived in Walsingham on the eve of Feast of Our Lady of Mount Carmel.

At this time in 2020, when we are visited by the Pandemic that is Covid 19, it is good to remember these events, and how the deep faith of our forebears has brought people to Walsingham in times of danger and of celebration, when our instinct brings us back to the home of Our Mother, Our Lady of Walsingham.

Fifty years ago the ‘Cold War’ seemed set to become a hot one – the incredible Berlin Airlift had just been started to counter the Soviet blockade of all surface access between West Germany and the Western sectors of Berlin – and sixty American Superfortress bombers flew the Atlantic to RAF bases at Marham in Norfolk and elsewhere.

And at the same time, also in Norfolk, the unique 14-cross two-week Cross Carrying Pilgrimage to Walsingham concluded.

Fifty years later, there was a remarkable commemorative Pilgrimage to Walsingham by the ‘veterans’ of 1948.

In July 1948 each of the fourteen groups of men walked over 200 miles from one of fourteen starting points in England and Wales, carrying one of the fourteen heavy oak crosses that still stand to this day alongside the 600 year old Slipper Chapel of Our Lady of Walsingham.  This was PPP 1948, the Pilgrimage of Prayer and Penance – for Peace in the world.  It was brilliantly organised by the late Charles Osborne, in response to the call of Pope Pius XII.

Support  from the Union of Catholic Mothers throughout the country helped bring 15,000 ‘day pilgrims’ to Walsingham (by train as well as bus in those days!) for the culminating dedication ceremony in the Walsingham Priory grounds, led by Cardinal Griffin – attended, be it noted, by his secretary Fr. (later Archbishop) Derek Worlock.

In July 1998 some 30 of the Cross-carriers of 1948, with wives and relatives, and representatives of those who have died, assembled in Walsingham for three days.  The total of 200 pilgrims including a party of 50 from the Manchester parish of Our Lady and St. John.  This time the organiser was John Lyons (who carried the Birkenhead Cross in 1948), most magnificently supported by Mgr. John Furnival (who was secretary to the late Archbishop Derek Worlock – and whose father, Joe, also present, also helped carry the Birkenhead Cross). Last week’s memorable occasion was both pilgrimage and reunion.

The focal ceremony was the Pontifical Concelebrated Mass, the chief celebrant being Bishop Ambrose Griffiths, who in 1948 helped carry Cross XIV from Middlesbrough.  His co-celebrants included other 1948 veterans and Fr. Alan Williams, the present Director of the National Shrine of Our Lady at Walsingham.

The other 1948 veterans who are still laymen each also had a part to play.  At the Stations of the Cross on the previous evening an appropriate 1948 Cross carrier served as Reader at their respective Station.  At the Mass two more veterans, John Barker and William Davies, brought forward the bread and wine at the Offertory.  The first Reading was by Dermot Doran and the second by a lady of very special significance in the history of PPP 1948 – Eileen Lovas.  In 1948 Eileen was one of three young schoolgirls  – the “truant trio” (almost immediately forgiven!) – who helped carry Cross I (Westminster) for most of three days across Essex.

The culminating ceremony was a symbolic re-enactment of 1948.  A procession from the Slipper Chapel was led by the 1948 veterans plus three ‘new’ young men  – from the Manchester party and from Middlesbrough – who carried a lighter Cross along the “Holy Mile” to the Priory grounds for the final Benediction.

The reunion element was of memorabilia and memories – and remarkably remindful of the austerity of the post-war years, food rationing yet unbounded generosity from those who fed them on the way,  blistered feet and dogged determination – and wonderment at the logistics and planning of Charles Osborne ( no word processors or photocopiers in those days, and in many cases no telephones).  Fr. Columba Ryan, himself a veteran, conveyed special greetings from Charles’s widow, Ursula, now aged 99.

So much more should be recorded – about the single-cross Vezelay  Pilgrimage of 1946 and how Charles Osborne’s participation inspired his single-cross ‘trial run’ pilgrimage from Bishops Stortford to Walsingham in 1947 – and the annual Student Cross pilgrimages which also started in 1948, and the Guild of Ransom Walsingham Walks.

The 1998 Commemoration of PPP 1948 fitted neatly into the current year of Celebrations for the Centenary of the Restoration of the Shrine of Our Lady of Walsingham, the history of which goes back to 1061, five years before William the Conqueror.

The Pilgrimage of Prayer and Penance of 1948 must surely have played a part in dissipating the Soviet threat.  Fifty years later there are other threats to Peace – let us continue to ask the help of Our Lady of Walsingham.

Boundless thanks are due to all the staff at the Walsingham Shrine. Everyone was full of praise for their tireless work – and the excellent accommodation and meals.